As we look to improve our American institutions, including our schools and even our families, I believe we need to get more comfortable with the word “governance” and analyzing those institutions in terms of their governance models. I submit that the governance model often gets short shrift as we look at our institutions and how they can be reformed or transformed to better address life in the 21st Century.

Governance is the activity of governing. It relates to decisions that define expectations, grant power, or verify performance. It consists either of a separate process or of a specific part of management or leadership processes… [It] is the kinetic exercise of management power and policy.

END_OF_DOCUMENT_TOKEN_TO_BE_REPLACED

For a year or two Cadillac had an ad campaign featuring their sleek new black models being driven by very attractive forty-something people (I recall one ad with a man and another with a woman). The tagline of the commercials was a question, “When you turn your car on does it return the favor?” As I suggested to my kids when they got old enough to watch television, and also applicable here, watch the programs you like but pay particular attention to the commercials. They often say more about our culture and its messages and appeals to us than the programs do. 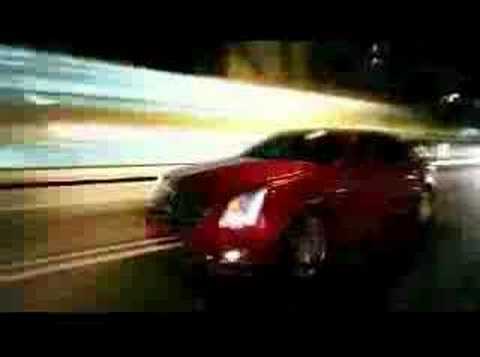 END_OF_DOCUMENT_TOKEN_TO_BE_REPLACED

At my suggestion, our daughter Emma at age 14 read Marian Zimmer Bradley’s epic feminist reframing of the oft-told Arthurian legend and was profoundly affected and inspired by its story, scope, and deeply drawn heroic but flawed characters. It was a much more sophisticated tale than most, because it was not about good and evil (with characters falling obviously into one of those two categories), but rather a story where a number of compelling characters wrestled with doing their duty and following their heart in a highly challenging transitional and high-stakes context. END_OF_DOCUMENT_TOKEN_TO_BE_REPLACED

So once you define the contemporary manifestation of this ancient way of being, and maybe understand how it has managed to perpetuate itself through a couple hundred generations of parents to children, how then do we address challenging and working towards ending this (what I would call) perpetuated vestige of an archaic system for organizing society?

Allan Johnson, in his book The Gender Knot, says the solution starts with acknowledging patriarchy exists as a collective system with its own internal logic, conventional wisdom and “paths of least resistance”, rather than as bad behavior by a bunch of individual men towards women. A systemic problem is not resolved by trying to identify “bad apples” and somehow weed them out or limit their influence. Most men and women participate in this system without consciously intending to oppress or be oppressed, without even being aware perhaps that the system exists. END_OF_DOCUMENT_TOKEN_TO_BE_REPLACED

So how does a 5000 year old system of ranking and hierarchy with men inexorably at the top perpetuate itself through hundreds of generations and never get written off as archaic and crumble into the dust of history? Why was I so embarrassed in my late forties when I was deftly tossing a football with several slightly younger men (enjoying a moment of perhaps jocular camaraderie), who then threw it to my teenage son and were aghast when he threw it back to them, as it were, “like a girl”? What ancient warrior ethos had I violated in not properly training my son, an ethos that still somehow held sway somewhere in my subconscious? What gives this system its staying power, and does its longevity speak to its continuing merit? END_OF_DOCUMENT_TOKEN_TO_BE_REPLACED

I was introduced to the word and the concept behind it as a teen by my mentor slash “guru” and “feminist aunt” Mary Jane. She was (and still is) a brilliant and radical feminist, disguised in the muggle world as a cookie-baking mom of four kids who befriended my mother in the late 1960s through a mutual friend. I recall Mary Jane, ever the provocateur, showing up at some of my mom’s numerous and boisterous parties dressed in a maroon monk’s robe wearing a large women’s liberation medallion (the women’s symbol with a clenched fist inside the circle) hanging from her neck where one might expect to see the Christian cross on a real monk. The words she made up to convey her arguments were just as calculatingly provocative, including her term, “patriarchal pimperialism” to describe male control of women’s sexual lives and behavior. END_OF_DOCUMENT_TOKEN_TO_BE_REPLACED

So you have probably already been “ism’d” within an inch of your life and may be ready to roll your eyes if I attempt to direct your attention to another one! Seems the 20th Century was full of positive movements and negative systems being coined as “isms”, including “feminism”, “progressivism” and “environmentalism” on the one side and “sexism”, “racism” and “militarism” on the other. Some might make a good argument that we should leave all those “isms” behind with the last century and turn our focus forward and reframe the way we look at liberating movements and the restricting systems that hinder human development.

Given those disclaimers I want to alert you to one more “ism”, “adultism”, that has been defined by and comes out of the milieu of thoughtful people, youth and adults, working in the democratic education and youth empowerment movements. One of my colleagues in the newly formed Institute for Democratic Education in America (IDEA), Adam Fletcher, has compiled information calling out this negative system on his website (freechild.org) page titled “Challenging Adultism”. END_OF_DOCUMENT_TOKEN_TO_BE_REPLACED

I was one of the few male students at Western Michigan University in Kalamazoo Michigan to choose to take “Status of Women” as one of my general studies classes. “You’re taking that?” was the reaction of most of my male student peers, but I must say there were at least a few other brave young men who attended as well. One of the key themes in the assigned reading was the idea of patriarchy as a social organizing principle and a key context for assessing the status of women in our society and others around the world. I was already familiar with the concept, from frequent “lectures” over my teenage years from my “Feminist Aunts”, particularly my mom’s dear friend Mary Jane (with her penchant for making up provocative words to humorously encapsulate topics where needed), who described the commoditization and male control of women’s sexuality and reproductive function as “patriarchal pimperialism”.

So based on this pedigree, and with enough ego still to try and show my professor and fellow students that I was no shrinking male violet in the world of “women’s studies” and feminism, I decided that for my final class project I would take on this concept of patriarchy and how it impacted me in my own life. Rather than write an essay, I decided on the outside-the-box approach of doing a comic strip, drawn with my own style of minimalist stick figures, and titled “Captain Patriarch and the Forces of Male Justice”. (Incidentally, I showed it later to my “Feminist Aunt” Mary Jane and she hooted with laughter, her eyes twinkled, and she indicated that her young apprentice had done well.) END_OF_DOCUMENT_TOKEN_TO_BE_REPLACED

In the early 1990s I read a book that, more so than anything I had read before or since, transformed the way I look at the world and helped me distill and inspired me to pursue my life’s purpose. The book is The Chalice and the Blade by Riane Eisler, a feminist, activist and futurist with degrees in sociology and law from the University of California. Born in Vienna, Austria, her family fled from the Nazis to Cuba when she was a child, and she later emigrated to the United States where she continues to live and work today. END_OF_DOCUMENT_TOKEN_TO_BE_REPLACED