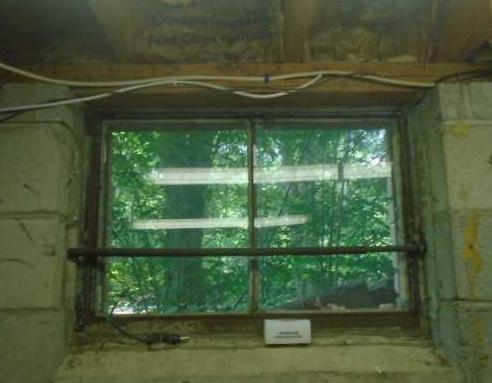 I could hear the rain continue to fall outside, enjoying the quiet sanctuary of the basement. It was a while before my dad came down the basement stairs and returned to his work at his desk. He was in the the opposite quarter of the basement from where I sat on the concrete floor looking at my box of plastic toy soldiers and a second box with trucks, cars and boats in it. I wanted to explore further that scenario I was playing out last night in the bathtub. The pirate ship in the hidden cove shooting at the ships out in the bay, whose captains were trying to figure out what to do to stop the pirates from killing their sailors and sinking their ships.

I examined the two boats in the box amongst the cars and trucks. They weren’t sailing ships but were big enough to put some soldiers on them. But only the two of them were not enough, I needed the boats that I had in the tub upstairs. It hit me that if I went upstairs again my dad might wonder what I was doing up there. This was where talking would be very useful.

END_OF_DOCUMENT_TOKEN_TO_BE_REPLACED 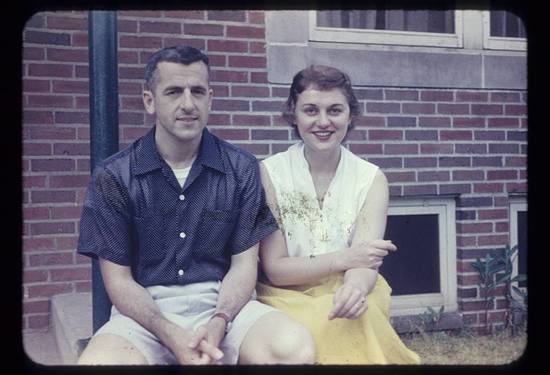 My parents when I was three

I didn’t start talking until I was three years old. Prior to that I responded to words and sentences from my mom and dad, as well as others, but rarely uttered more than a word myself. My smiles and frowns, head nods and shakes, plus following verbal instructions, and other nonverbal indicators reassured my parents that developmentally I was on track. My dad said I was just “dubious” about the world. He sensed my shyness and introversion, which he shared. My mom was the opposite, gregarious and an extrovert, and worried more about things, including her mostly silent son. Perhaps to tease her, or to ease her worries, or both, my dad made up a story that I was a noble Roman philosopher reincarnate, skeptical about this modern world I had been born into. “Clubius” he called me, since it rhymed with “dubious” while sounding classically Roman.

END_OF_DOCUMENT_TOKEN_TO_BE_REPLACED

Nowadays K-12 school has become such a high stakes endeavor that academically oriented parents like mine might do their best to “game” the system by letting their kid start school a year later than possible, thinking to give them some sort of developmental and competitive edge relative to other kids. But in 1960 when I turned five, judging me to be an intelligent and precocious kid, my parents had me tested to see if I could skip kindergarten and start public school in first grade instead.

I recall that I found the IQ test they gave me intimidating. Anytime adults focused on me, particularly in a more formal or judging way, I felt uncomfortable. All adults, including my parents, felt like another species entirely rather than simply older versions of us kids. They seemed like large all-knowing deities even, that had me at a total disadvantage.

END_OF_DOCUMENT_TOKEN_TO_BE_REPLACED

Though I was born in the 1950s with all its conventionally stark division of gender roles, my mom and dad were a pretty unorthodox couple, with a much more egalitarian relationship than the norm. They had been acquaintances and friends for a number of years before their relationship became a romantic one. They were both intellectual and athletic, and both comfortable with parenting tasks ranging from changing diapers to throwing a ball.

I believe theirs was a natural inclination to parent in the most progressive way, but it was certainly aided by the new parenting wisdom championed by the most popular pediatrician of the day, Dr. Benjamin Spock. His bestselling book, The Common Sense Book of Baby and Child Care, challenged the rigid childrearing practices that had been prevalent since the beginning of the century that included warnings against excessive affection to prevent children from becoming spoiled or fussy. Instead, Spock advised parents to be flexible in order to treat each child as an individual. He also educated parents about the stages of child development and how to create an appropriately safe but nurturing environment for each of those stages. And perhaps most importantly for my mom and dad and how they raised me, Spock urged them to trust their own common sense, instincts, and judgment.

END_OF_DOCUMENT_TOKEN_TO_BE_REPLACED

I was born on April 2, 1955 in the maternity ward of the University of Michigan Medical Center in Ann Arbor Michigan. My mother, Jane Roberts Zale, was 32 years old, older than many first time mothers in those days. My father, Eric Michael Zale, was six years older than Jane. Theirs, I would later learn, would be a very unorthodox style of parenting, much more egalitarian than conventional practice, giving me a greater amount of freedom than most kids were blessed with. But given particularly my mom’s childhood story (I know little about my dad’s) that gift of an independent childhood had been passed through the generations.

As I get older, I am more and more amazed about the story of how my mom decided to go to Ann Arbor. An unlikely odyssey in 1947 for a single young woman of 23, but one consistent with her independent spirit, well nourished in her own childhood, that started a chain of events that led to my birth. Another thirty-two years later in 1978, I would embark on my own comparable odyssey to Los Angeles, coincidentally at age 23 as well.