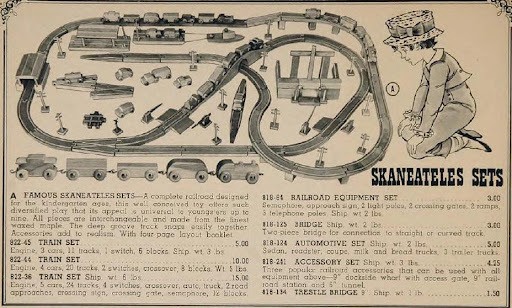 “So I think it’s good that Khrushchev and his wife came to tour the U.S.” mom said, as she drove the car down Main street on a windy Monday morning with those big white puffy clouds like giant islands in the sky, “He seems much different than Stalin.”

“Not THAT different Liz”, dad said, sitting across from her in the front seat of the car, his brown “briefcase” thing on his lap, “I still don’t trust the man. He’s like one of those slick PR guys who says whatever he thinks will achieve his goals in the moment. He’s just another Stalin with a Madison Avenue twist. You yourself said on more than one occasion that you prefer a straightforward adversary to a weaselly friend.”

END_OF_DOCUMENT_TOKEN_TO_BE_REPLACED 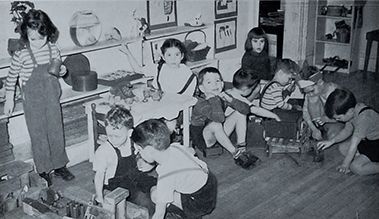 I was in the backyard of this house I had never seen before when mom left me here this morning, now sitting at this long table with a bunch of other boys. Some were my age and some were a little younger. The girls were sitting at another long table next to ours, not because they had to, but that’s just where they wanted to sit I guess. The grownup women in charge had given us peanut butter and jelly sandwiches, cut up pieces of apple, and milk in these small boxes for lunch for lunch. Those grownups said they were “teachers”, whatever those were, but they said things and did things like they were moms.

Mom said it was a “nursery school”, and before we got here this morning, I figured it would be some big building like that giant “school” down at the other end of our street from the park. Or like that “college” place where dad went which he also called a “school”. But instead it was just a regular house with a big sign in the front yard that I think had that “school” word on it.

END_OF_DOCUMENT_TOKEN_TO_BE_REPLACED 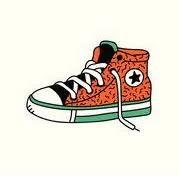 I woke up. I heard the sounds of guns shooting and people yelling.

“Get your boots on and grab your rifle”, someone said, “The soldiers have found us, and our only chance is to get across the river!”

I sat up. I’d been lying on the ground using my backpack as a pillow. I pulled a boot over my left foot and watched my fingers move quickly, making the first loop, surrounding it with the other lace, and then pushing the second loop through and pulling it out the other side, and pulling on the first as well, making a tight knot. It was like I didn’t have to even think about it to make my fingers move. Then the other boot, doing the same thing. There was more shooting and a person screaming in pain.

END_OF_DOCUMENT_TOKEN_TO_BE_REPLACED

It was summer, and we kept the windows open all the time, except when it rained, because mom loved “fresh air”. She said it “kept her going” and she didn’t like “feeling all closed in”. Every morning mom would do chores in the kitchen and the basement. She said there was “twice as much laundry” because of all David’s clothes and especially his dirty diapers. Dad was usually at his desk in the basement typing on the typewriter trying to “finish this damn dissertation”. He would work on it all day, though he would always read to me and David at bedtime and also sing songs.

When mom finished her morning chores, if it wasn’t raining, she would take David and me over to the park. She said it was called “Allmendinger Park” because, “There was a family named ‘Allmendinger’ that was nice enough to give the land to Ann Arbor so it could be a park”. We didn’t just live on Prescott Street, we lived in Ann Arbor too. Ann Arbor had lots of streets, not just Prescott.

END_OF_DOCUMENT_TOKEN_TO_BE_REPLACED 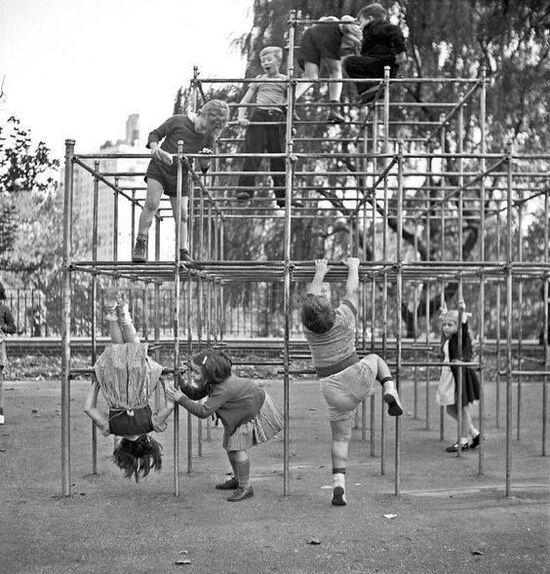 I woke up and I knew it was a special day, my birthday PARTY day! My real birthday was two days ago, but mom said today was a better day to have the party, because it was the “weekend”, and more people could come.

Yesterday, mom and dad had an argument about where to have my party if it rained. Dad said he could “borrow some folding chairs and card tables from the frat house” and have it in the living room, and us kids could play in the basement after we did cake and presents. Mom said she didn’t like that, and it was a “problem until we could afford to buy furniture for the living room”, and that this was the “same argument we had last year”. She would say “I don’t want to argue with you Eric”, but then she would argue anyway.

I didn’t like arguments. Mom would usually feel better when they were done, but dad would feel worse. But if dad felt better after, then MOM felt worse. And the one who felt worse would figure out how to have another argument later.

I was now four years old, the same number as Molly. She was really happy about that, because she didn’t like it when we were a different number. Not that I felt like I had changed because I was that new number, but grownups thought it was important, and older kids too.

END_OF_DOCUMENT_TOKEN_TO_BE_REPLACED 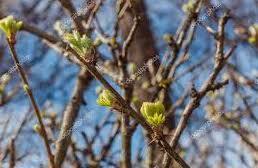 When I woke up this morning I knew something was different. It FELT different. David was standing in his crib looking out the window across the room from my bed. The sunlight was coming in that window and shined on him. I couldn’t remember the last day when there was sunshine and not just clouds. I looked out the other window, by my bed that looked into the backyard, and the grass where the sun hit it looked extra green, like it was glowing. I heard birds chirping outside.

I got out of my bed and ran out of the room in my pajamas into the living room. The front door was open and just the screen door was still closed. All the windows in the living room were open and I felt a little cool breeze on my skin and the air smelled like flowers. Mom appeared at the doorway to the kitchen.

END_OF_DOCUMENT_TOKEN_TO_BE_REPLACED 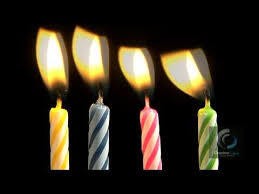 Mom, dad and I crossed the street from our house walking through lots of snow, which mom said was “fresh” and also “beautiful”. David had stayed at home with Margie, who was “the babysitter”, and mom had told her that this was the first time she and dad had gone out together without him since he was born. Margie had stayed at our house a couple times to play with me when mom and dad went out to a party or to “play bridge”, whatever that was. I liked bridges too, because you were up high and going over something below, but I wasn’t sure how grownups would play on them. I also liked Margie because, like Aunt Pat, she was bigger and older than I was, but still I could tell she was a kid and not a grownup.

END_OF_DOCUMENT_TOKEN_TO_BE_REPLACED 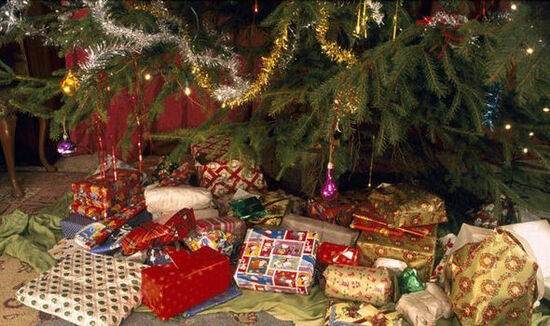 It was still dark in the house and out the window in grandma and grandpa’s backyard. I so wanted it to finally be morning, Christmas morning, that I could hardly sleep all night. I just kept having things that I had to think about or just wanted to think about over and over. I knew I was going to get to open my presents. I had looked at them carefully and had ideas about what they might be, at least which ones were likely to be toys, the thing I wanted most.

There also had been a lot of other things yesterday that were hard to stop thinking about. There had been a party at the house yesterday with lots of people that I didn’t know but some of them said they knew me, from when I’d been here before. All the grownups had that colored liquid stuff in those strange shaped glasses and they got all excited and laughing and even being silly which was not what grownups usually did. Except I guess at parties.

END_OF_DOCUMENT_TOKEN_TO_BE_REPLACED 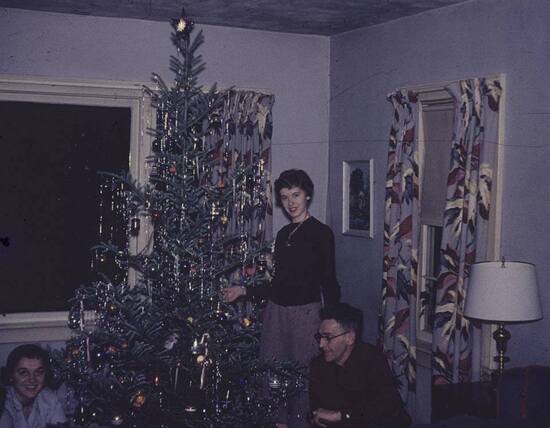 It was still dark but mom and dad said it was morning. I wondered if in this “Binghamton” place it was dark in the morning. Mom had David in her arms, and he looked around trying to figure out this new dark place too. Mom just kind of stared in one direction, blinking her eyes a lot, which weren’t open as much as they usually were. I heard a person calling out.

I turned and saw the person who was yelling and waving her hand in the air. She looked familiar but it was a memory from a very long time ago. She had on a long blue coat and shiny black boots. Her hair was like mom’s but a little bit shorter. She looked kind of like an adult but her energy was more like a kid like me, which was what made me remember her. She also reminded me of Margie who would come and play with me and David when mom and dad went to parties.

END_OF_DOCUMENT_TOKEN_TO_BE_REPLACED 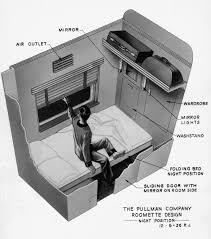 [Note: Having finished my backpacking through Europe memoir, Two Inch Heels, I’m returning to writing a more imagined “memoir” of my life starting at age three. This is chapter 16. If you’re interested, you can see the first fifteen chapters by clicking here.]

I was so excited! Today we were going to take the train to go “back east”, wherever that was, to visit my “grandparents”, whatever they were. I did know what trains were, because I had seen them on TV, on cartoons and other shows. I had also seen them for real when we were in the car and we had to stop and wait for a train to go in front of us. But I had never gone on one myself.