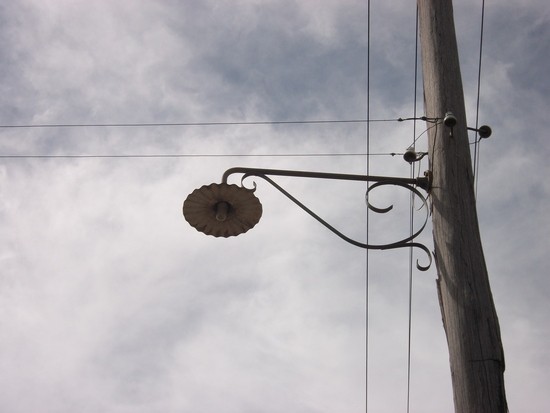 Dad said he’d “watch” David so mom and I could go over to a “meeting” at Paul’s house. As mom and I walked down the street between our house and the park I was thinking that I wasn’t sure what a “meeting” was, even though I had heard the word a lot. There are some things I wouldn’t ask mom because I was worried that if I did, she would want to ask me why I was asking that question, and I wouldn’t want to tell her. But this wasn’t one of those things.

“Mmm”, she said nodding, “That’s an important word to know. A meeting is when some people get together to figure something out and decide what to do.”

“Why’s it important?” I asked.

END_OF_DOCUMENT_TOKEN_TO_BE_REPLACED 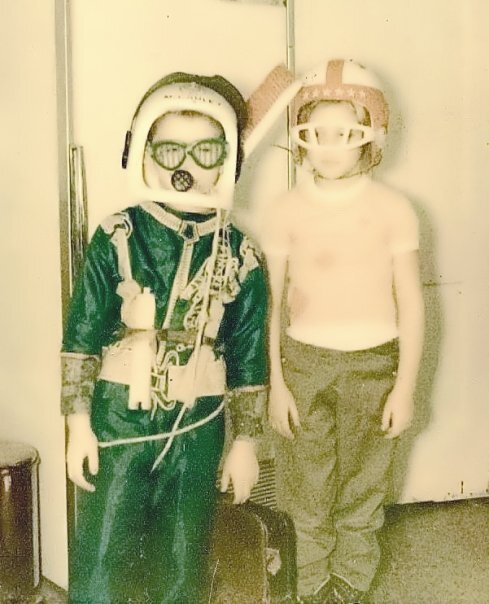 Today was Saturday and it was my birthday. Mom made eggs and toast for breakfast instead of me just making my own cereal. The four of us sat at the table in the kitchen eating.

“Eric”, mom said, “I don’t know if we’ll be able to do Coop’s party out in the park like we planned. The thermometer says it’s 38 degrees out there, the wind’s blowing, and there’s rain in the forecast for later this afternoon.”

Mom would always be worried, but dad told her not to be worried though he still seemed worried too.

END_OF_DOCUMENT_TOKEN_TO_BE_REPLACED

So the four of us sat at the kitchen table and had “Roberts Spaghetti” for dinner again. Even David ate it now, though mom cut his up into really small pieces. I don’t think mom liked it very much, but I liked it because it wasn’t too tasty.

“So Cloob, are you going over to Molly’s to watch that movie?”, mom asked me.

“Twenty-thousand Leagues Under the Sea”, dad said, “Jack says the kids will enjoy it. French lit is not my expertise, but it’s one of Verne’s best known works, and Jack says the movie’s well done from a science and engineering point of view.”

END_OF_DOCUMENT_TOKEN_TO_BE_REPLACED

My passport photo right around my 15th birthday in 1970

I continue to podcast chapters of my autobiographical novel based on my odyssey backpacking through Western Europe in 1973 at age 18. There appear to be at least a handful of people who are listening to all or some of the episodes, and occasionally I get at least a bit of feedback. Even one or two positive comments are very helpful feedback that I’m on the right track with this.

END_OF_DOCUMENT_TOKEN_TO_BE_REPLACED 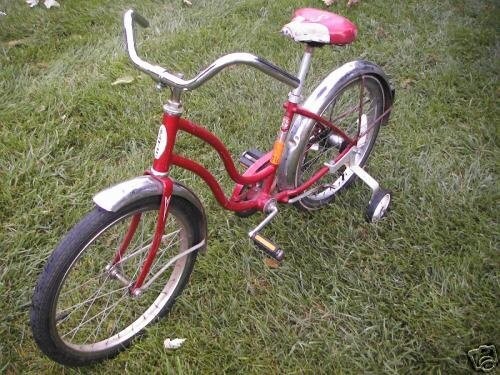 I felt someone banging their hand on my shoulder and I heard someone saying “Coo”, over and over so I opened my eyes. I was in bed under the covers and David was looking at me and hitting me with his hand on my shoulder. I could tell he thought something was different. Something DID feel different.

David pointed at the window between our beds. It was happening outside, but we could feel it inside the house too. He said “open” over and over again. So I got out of bed and I opened the window. It felt kind of cold, but not as cold as it felt yesterday, and the air smelled different. It smelled like something was cooking outside that was kind of sweet, or that smell when you opened a box of candy.

END_OF_DOCUMENT_TOKEN_TO_BE_REPLACED 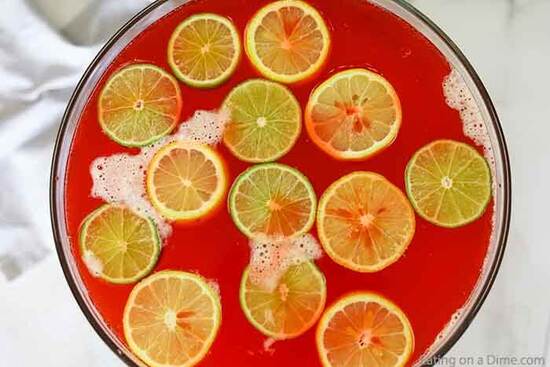 We were getting ready to go to Molly’s birthday party. She was now five but I was still four. Mom said I was “four and five sixths”, but that was still four. I watched her put that red stuff on her lips and then push them together twice. I thought it made her look kind of silly like a clown. She put the shiny gold thing that had the red stuff inside it back in her “purse”. Grownup men didn’t put that red stuff on THEIR lips, and they didn’t have “purses”, they just put stuff in their pockets.

END_OF_DOCUMENT_TOKEN_TO_BE_REPLACED

I was just 18, always the “shy alpha”, inspired by the Rock music that was the “Greek Chorus” of my life growing up in the 1960’s in a progressive college town to be part of a new generation transforming the world.  I stumbled into an odyssey, not intending to do it on my own, thousands of miles from home.

Two Inch Heels is a memoir/autobiographical novel of my 11 weeks backpacking thru Europe in the fall of 1973 at age 18.  The trip was originally the brainchild of my two best female friends, who agreed to let me tag along, but due to circumstances, one could not go and the other dropped out after our first week in England. Feeling my tenuous self-esteem could not handle bailing on the remainder of the journey myself, it became at times a lonely ordeal, and finally a singular odyssey, that to a large degree transformed me from an older youth into a young adult.

The story is told in 53 chapters that encompass the key moments in my travels through England, southern Germany, Switzerland, Luxemburg, Belgium, France, Spain, Italy, and the Netherlands.  I was throughout a lonely homesick traveler, often on the edge of bailing and returning to the States, but pushed on by fear of once again, like so many times before in my life, not living up to my own expectations.

Looking for any and every inspiration to keep going until I can return home the storied traveler, I was buoyed by the rock and folk music I grew up with, mostly playing from memory in my mind’s “jukebox”, including bits of powerful and poetic lyrics.  I was also inspired by fellow travelers I meet along the way, that shared an agency I did not fully appreciate that I had.  Through their eyes I saw a new adult persona emerging for myself, that included the tall strut in my walk when I wore my two-inch heels, dressier shoes that I just happened to bring, along with my newly purchased hiking boots that never got properly broken in and continued to hurt my feet throughout my odyssey.

I think you might enjoy sharing my singular journey, though as a heads up, there is plenty of adult language and sexual discussion, which at least for me, was part of being 18. 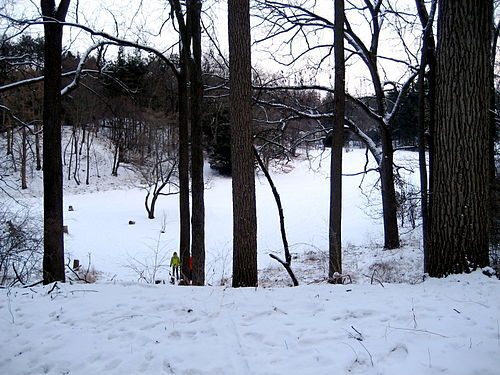 “So you’re taking Coop to the Arb to try out the sled”, mom said to dad, as he tied my shoes.

I was able to put my black rubber boots on myself, because they had those “buckle” things that I could hook together. If only my shoes had buckles, and didn’t have those “damn” laces that I still couldn’t figure out how to tie, at least not in that “bow” thing. When I tried, I could sometimes do a “knot”, but then the shoe wouldn’t be tight and the laces would be on the ground and it would look dumb, like I didn’t know how to tie my shoes!

END_OF_DOCUMENT_TOKEN_TO_BE_REPLACED

Hey all… I’ve just posted the first nine podcast episodes of my autobiographical novel Two Inch Heels, about backpacking through Europe for 11 weeks in the fall of 1973 at age 18.

That said, having recorded and wrestled with the editing process of the first ten chapters, I am finding that an audio reading of my work is a challenging and humbling process. Challenging in that my voice these days tends to get hoarse and navigating my long sentences often causes me to stumble over words or struggle to render clauses in particularly long sentences correctly. Humbling because those stumbles often indicate my prose could be rendered better, plus that reading for an audience is a real skill that I have not fully developed yet!

Please have a listen, when you get a chance, and give me feedback. I’ve posted the introduction and 8 chapters so for, with more coming. Thank all of you for your continuing support!

To listen to the audio version of this introduction, either go to Apple Podcasts and search for “Two Inch Heels” , or click this link. 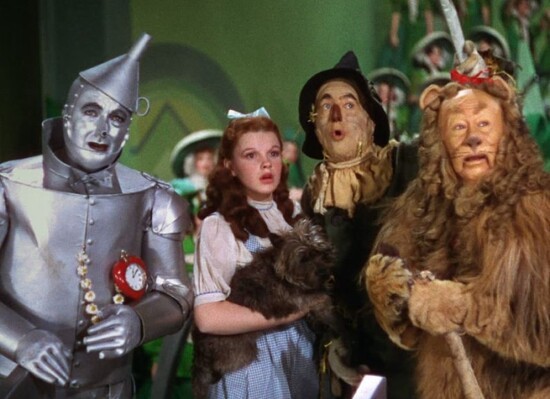 Mom said a special “movie musical” was going to be on TV and she thought I would really like watching it. Molly said that even her mom was telling her about it too, which was strange because Molly’s mom didn’t even like TV. Molly’s mom came over to our house this morning and she and mom were talking about it as they drank coffee in the kitchen. I spied on them, quietly climbing up the basement stairs and sitting near the top step where I could hear them but they couldn’t see me.

“Jane you know I think television is the anathema of true culture”, Molly’s mom said, “But this is different. This is real musical theater, done with all the storytelling magic of the cinema, and I think that it’s important that the kids are exposed to it.”